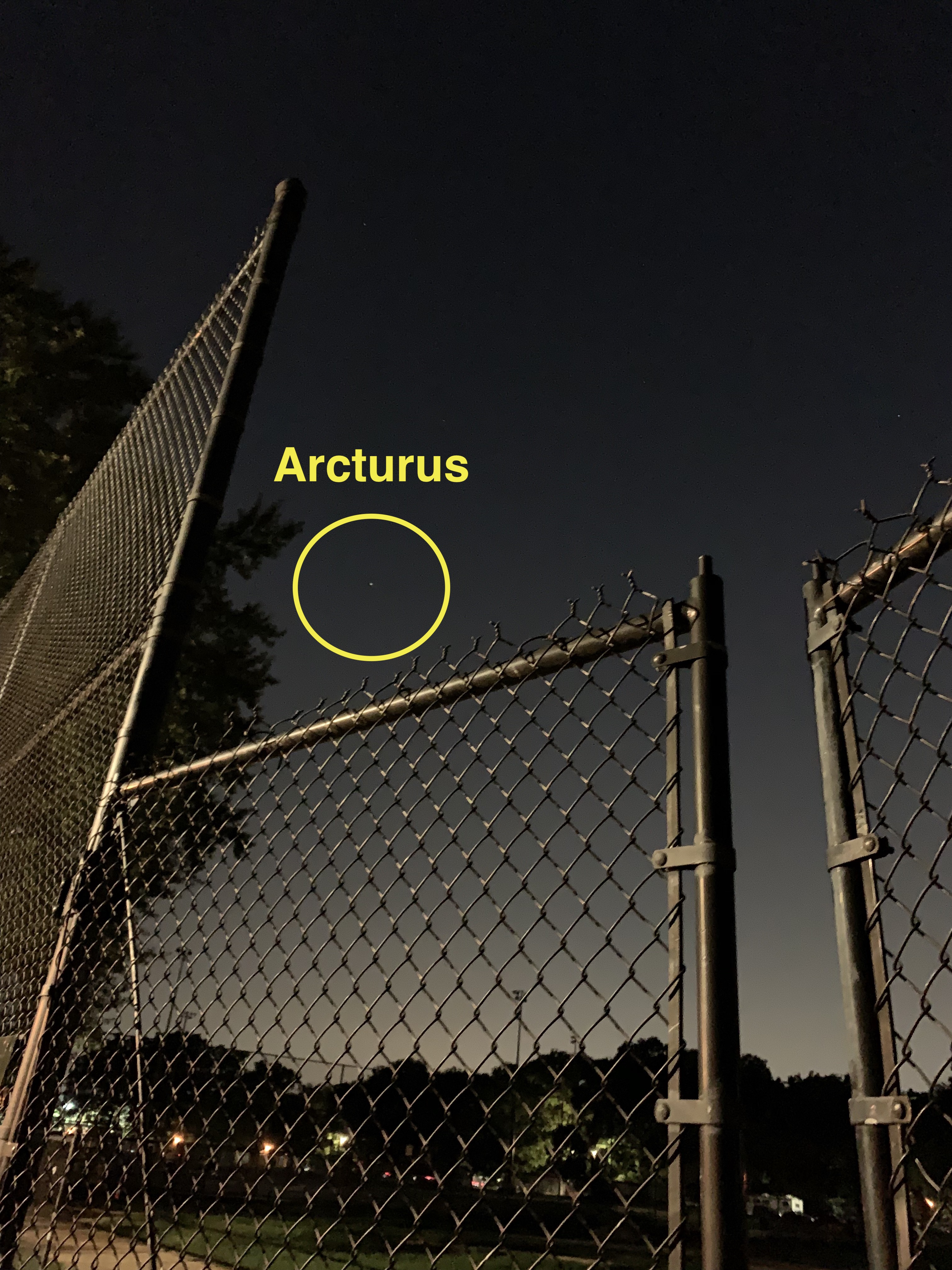 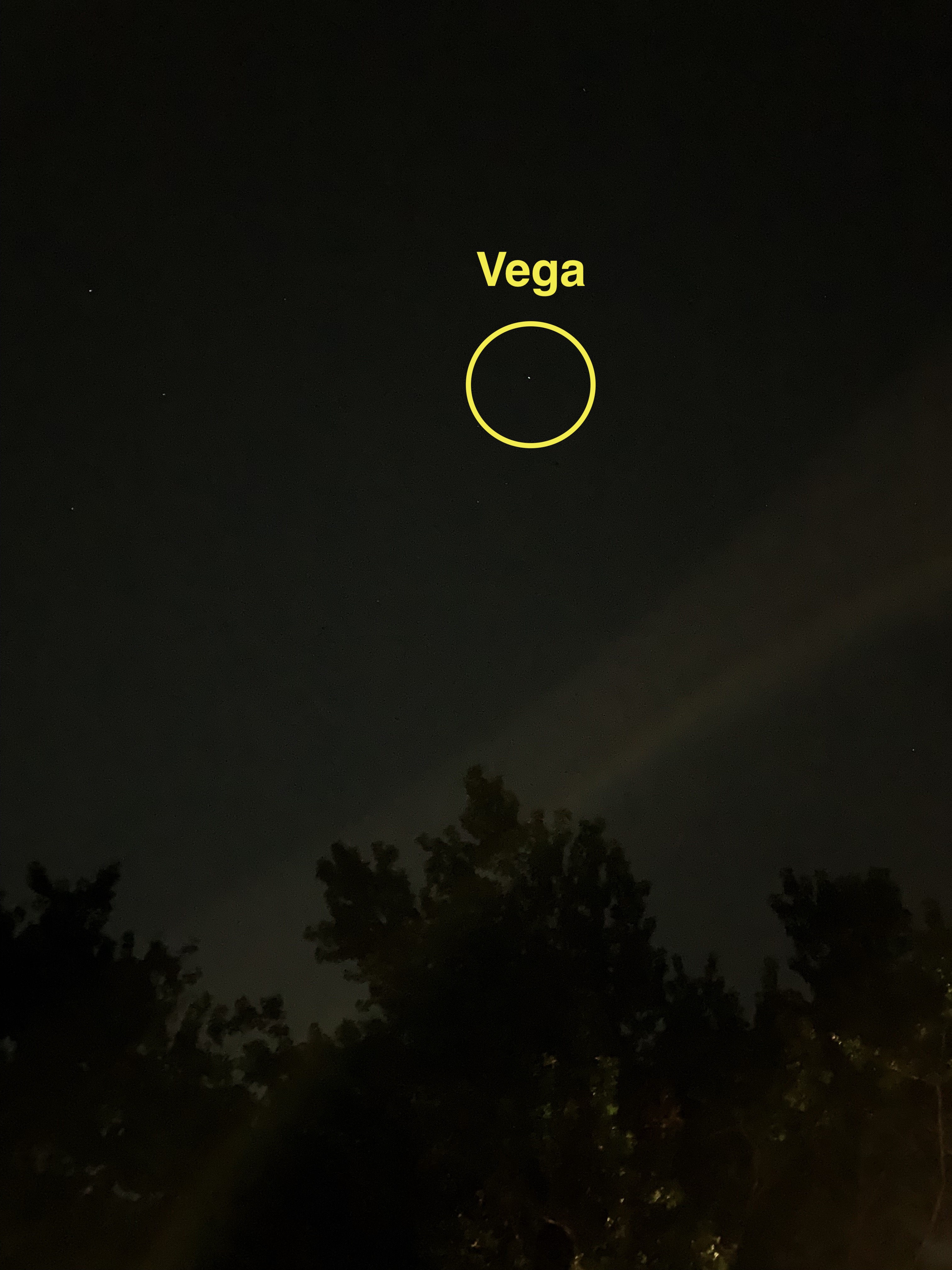 They form two of three parts of what is known as “the Summer Triangle.” The third unseen member is Altair, which is a part of the Aquila constellation. These three stars are known for their evening ascent into the summer sky in northern latitudes. The identification of these stars was completed with the help of a nifty iOS app: Sky Guide.

According to a dubious source on the Internet (that I haven’t fact-checked!), a satellite discovered far more infrared radiation from Vega than one would expect for a star of its size. Obviously, the remnants of an alien civilization.