For my futurist dish, I hoped to create an edible representation of all that we stand to lose as our climate shifts. These are a few of my notes and sketches about the project: 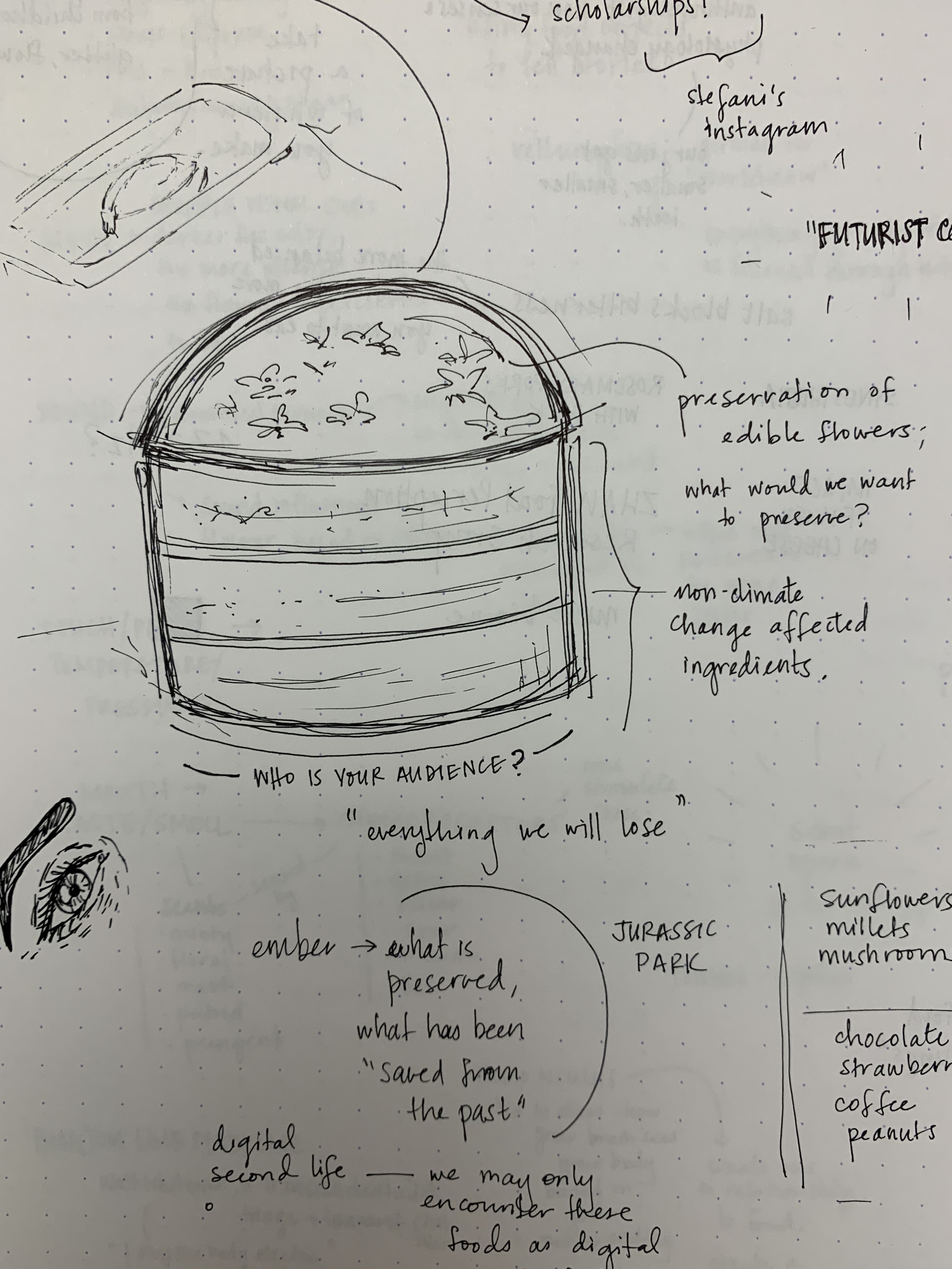 I thought using a “raindrop cake” for the topping of the greater cake would be effective, because it has the effect of making any submerged foods look like they’re preserved (as though they are surrounded by glass). It somewhat reminds me of a pressed flower ring I once had. I hoped to place foods (such as strawberries, flowers, etc.) that are and would be affected by climate change.

I found a pretty nice recipe for the raindrop cake using agar, an ingredient we had been introduced to in class.

Here was my first attempt at the dish: 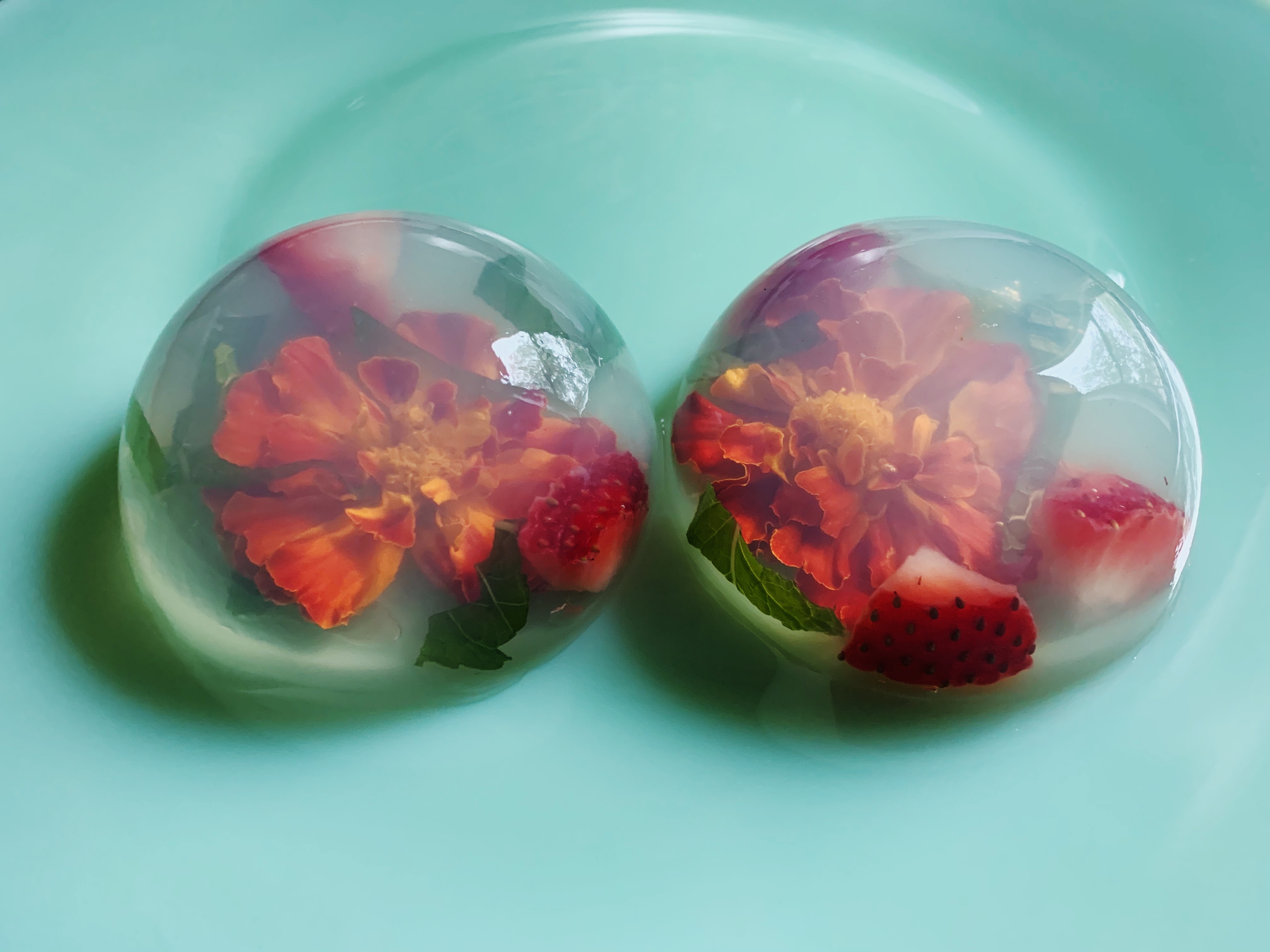 This was quite close to the look I was going for, but not exactly right: it was cloudier than I hoped, the fruits did not sink to the bottom of my mold, and the texture was a bit stiffer than a proper raindrop cake should be. It also did not taste yummy – too bland and the mint overpowered most of the other flavors.

I made a few adjustments to the my recipe, and added my (box-mix) cake to to the dish.

This was next stage of this dish:

As my initial sketch (just barely) hints: I wanted to implement an augmented reality overlay to this project, but translucent 3D objects are REALLY hard to make into object targets. I do want to keep working on this as a potential component of a futurist dish, as I would argue that the digital has already become a part of how we experience our food (and our pleasures around food).